With a necessity to pay his college fees,15yrs old Mr Kiran Bora Sir started taking home tutions of an acquaintance’s son. Little did he know, that this would be his calling in life. Cycling 30kms to his students for home tuitions, he paved his way in establishing BORA CLASSES in 1982, Pune-Yerwada.

Catering to students of 5-10th, Bora Sir gradually began his journey of transforming the education diaspora of Pune. From humble beginnings of one student he became one of the most well known face of Maths and Science coaching in Pune. His unique methods of teaching, revision pattern and getting work done from students has become a yardstick to measure performances of teachers. His night batches conducted under street light are still been spoken about by his past students. 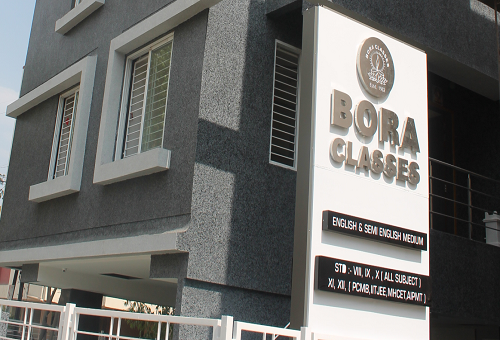 With a strong determination and never say no to hard work spirit, Bora Sir decided to expand his avenues by opening 2 branches – one in Somnathnagar and the other in Kalyaninagar.

In 2007, Bora Sir’s elder son Mangesh Sir decided to join the institute and since then they have formed a formidable partnership helping the institute reach new heights. Post 2007, Bora Sir now teaches Maths and Mangesh Sir took up the reins of science in his own unique way but staying true to their motto of “learning in Bora’s Style”

After successfully guiding students in school academics for over 3 decades, the legacy ventured into college academics in 2014 by launching BORAS SCIENCE ACADEMY for std 11th, 12th, IITJEE & NEET coaching for engineering and medical entrance examinations. The initial signs have been very promising and we have delivered unparallel results in the embryonic years of our venture.

Our visionary founder always maintains that change is imminent. A person has to be fluidic enough to change with time and not be rigid to rest on set methodologies. In keeping up with the demands of today’s changing scenario, we came up with a new swanky state of the art facility in 2015 which has now become the connoisseur of our eyes and a case study for future institutes.

Pune was witnessing a boom of new CBSE board schools cropping up in the neighbourhood. Due to popular demand and keeping up with the trend, BORA CLASSES launched CBSE board coaching in 2017. Proving right to its history, delivered fruition results in very first year , setting its strong foothold in new territory.

From humble beginnings of having a single student, we are now a formidable institute guiding hundreds of students in their endeavour towards excellence. The Institute is highly revered for building a strong foundation of knowledge and concepts in students for their success and providing an equipped platform for the preparation of board and competitive entrance examinations.

Test Series every year per month

Our mission is to deliver quality education to each and every student and to ensure his or her success. We commit ourselves to excellent education.

Our Basic motto is to become the world's best Engineering, Medical and Board coaching institute by creating an excellent competitive environment for students. In order to lead, we aim to focus on the development of the society by aspiring young and talented minds of our country. We help them achieve their aim (motto) and to succeed in their professional career.

We work on 6 key points: Basic Fundamentals, Excellence in academics, Skills, Competitive exams,Language proficiency, Cultivating Indian values. And these points will help them to groom from every prospective.

We have the best pool of faculty members who are IITians & Doctorates in their respective subjects. Besides their high Qualification & great professional experience, all the faculty members are compassionate about teaching and making the students learn in a logical way.

Doubts sessions are provided daily so that students can ask their topic wise doubts to the faculty during the class. Previous lectures doubts are being cleared and students are free to ask personal doubts to faculty without hesitation. After completion of the entire chapter doubt clearing classes are arranged for students.

Once a Chapter is finished in the class, the students are tested to check if they have understood the concept. Besides Chapter-wise tests, we conduct mock tests and major tests for Board and Competitive exams (Online and Offline). Attempting various formats of tests helps the students to gain confidence & get familiar with the exam pattern.

Our comprehensive and quality study material is prepared by our faculty members and is updated regularly as per the examination pattern notified by exam conducting bodies.

Knowing the fact that not every student follows the same pattern & pace of learning, we help the students through personalized coaching. Our faculty members are readily available for every student to sit with them for long hours and make them learn in a way they are able to grasp well.

Unlike traditional approach of teaching where students sit in a classroom, a teacher teaches using board, we at Boraclasses believe in innovative teaching methodology. Experiments are performed in the classroom to help the students learn applications of concepts in real-life.

Regular interaction with students and parents about the academic concern of the child. These sessions help refuel the desire of students to succeed. 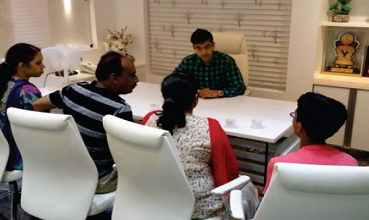 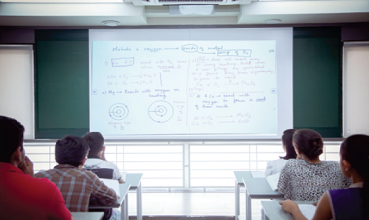 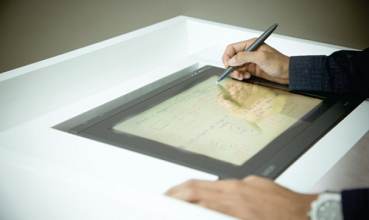 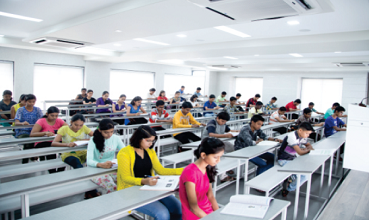 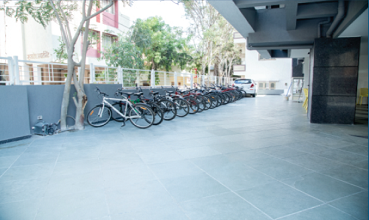 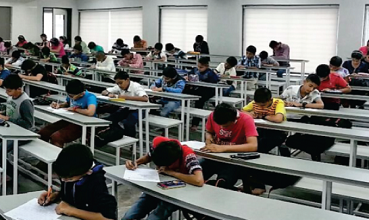